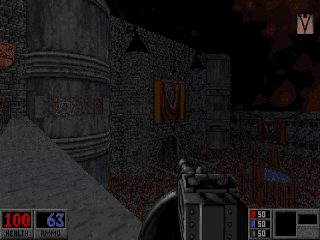 ﻿
Logan manages to infiltrate the main entrance of the castle through a well connected to the outer moat. Now he must raise the gates and fight his way inside past soldiers of both the Scourge and Garibaldi's undead army. Keep an eye out for the secret vault that rewards those who seek. 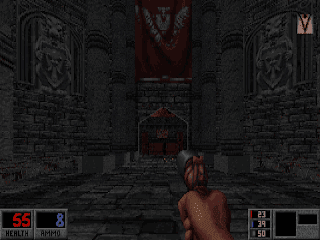 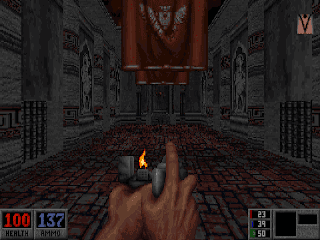 ﻿
Changes from original map:
-Changed many textures and added new sprites.
-Removed the eels from the well.
-Added a couple more secrets.
-Changed the order of symbols for both combination puzzles.
-Added some eels to the fountain.
-Added some spawnable enemies.
-The path you took to get to the secret level has been changed to reach a super secret. The secret level in the original version will now be a regular map.
-Changed some sounds.
-Added a few new sectors.
-You no longer need to jump back into the well to get back down after opening the gates.
-There is now only one switch in each of the towers. You can ride the elevators back down.
Posted by DwayneA at 12:20