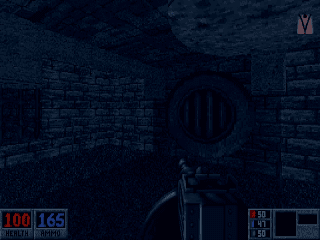 With further passage blocked, Logan is forced to descend into the storm drainage system to locate an alternate route through the castle. He must swim through underwater tunnels and make his way through dank chambers to locate the switch to raise the main watergate and allow him to resume his assault. But remember, while water is the element that gives life, certain creatures living under the surface can snatch it back.﻿ 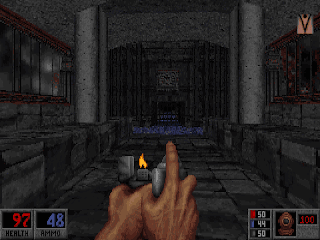 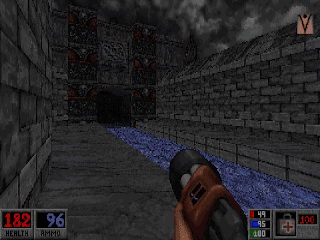 ﻿
Changes from original map:
-Added some new sectors.﻿
-Changed some textures.
-Reduced the number of gillbeasts.
-Added metal gratings over some pools of water.
-Added more sprites to decorate.
-The rocks on the surface on one pool now bob up and down.
-Changed some items.
-Added several new secrets.
-Added some new sounds.
-The stone bridge raised by flipping two switches is now in position to be walked acrossed. The two switches have been removed.
-Removed the bats.
-Added some waterdrip generators.
-Removed the gargoyle statues near the switch that raises the main watergate.
-The sectors at the end of the level have been replaced. And it is no longer possible for your enemies to trigger the level exit.
Posted by DwayneA at 15:49