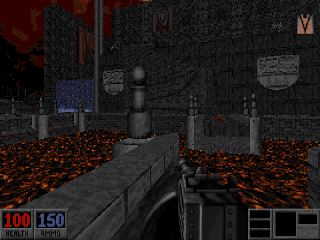 In an attempt to stop Logan from going any further, the Scourge destroy one of the bridges leading into this stronghold. Fortunately, they were not able to destroy the other before Logan interferes. He must now fight his way through this fortified citadel and further into the heart of the castle. 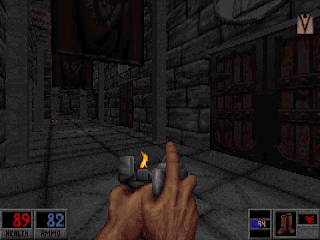 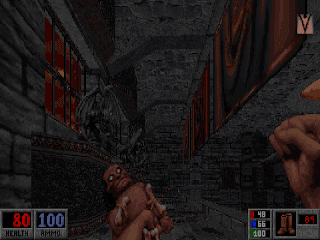 ﻿
Changes from original map:
-Added more sectors and removed several others.
-Added a couple of fireball traps.
-Changed the starting and ending locations.
-Added more sprites.
-Reduced the number of gillbeasts.
-The skull key switch has been moved and now actually requires the skull key in order to be used.
-Changed some items.
-Added new secrets.
-Added more enemies.
-Changed many textures.
Posted by DwayneA at 19:49